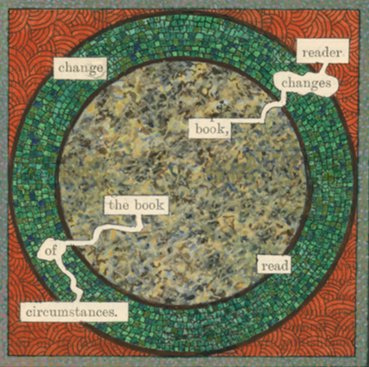 As If: Idealization and Ideals

A Humument: A Treated Victorian Novel

The Golden Cockerel & Other Writings

Homesick for Another World: Stories

The World Goes On

So Much Blue: A Novel

Beasts Head for Home﻿: A Novel (Weatherhead Books on Asia)

Ka: Dar Oakley in the Ruin of Ymr

Remains of Life: A Novel (Modern Chinese Literature from Taiwan)

I Was Trying to Describe What it Feels Like: New and Selected Stories

Nest in the Bones: Stories by Antonio Benedetto

Nine Continents: A Memoir In and Out of China

Dear Friend, from My Life I Write to You in Your Life

Sisters of the Cross (Russian Library)

The Construction of the Tower of Babel

The Collected Poems of Li He (Calligrams)

The Book of Disquiet: The Complete Edition

The Rift in The Lute: Attuning Poetry and Philosophy

The Messages We Send: Social Signals and Storytelling

The Mind of the Book: Pictorial Title-Pages

The Natural and the Human: Science and the Shaping of Modernity, 1739-1841

Changing the Subject: Philosophy from Socrates to Adorno

Word of Mouth: Fama and Its Personifications in Art and Literature from Ancient Rome to the Middle Ages

Res Publica and the Roman Republic: 'Without Body or Form'

The Epic Distilled: Studies in the Composition of the Aeneid

I, Me, Mine: Back to Kant, and Back Again

Art and Myth of the Ancient Maya

Wilfrid Sellars and the Foundations of Normativity

The Subject of Experience

The Emotions in Early Chinese Philosophy (Emotions of the Past)

Behave: The Biology of Humans at Our Best and Worst

The Jazz of Physics: The Secret Link Between Music and the Structure of the Universe

After Digital: Computation as Done by Brains and Machines

The Lazy Universe: An Introduction to the Principle of Least Action

The New Science of Consciousness: Exploring the Complexity of Brain, Mind, and Self

Unfinished Business: The Unexplored Causes of the Financial Crisis and the Lessons Yet to be Learned

Against Empathy: The Case for Rational Compassion

The End of Theory: Financial Crises, the Failure of Economics, and the Sweep of Human Interaction

The Sum of Small Things: A Theory of the Aspirational Class

A Brief History of Economic Thought

Paths to Fulfillment: Women's Search for Meaning and Identity

The Timeliness of George Herbert Mead

The Enigma of Reason

The Truth about Language: What It Is and Where It Came From

The Aisles Have Eyes: How Retailers Track Your Shopping, Strip Your Privacy, and Define Your Power

Cuz: The Life and Times of Michael A.

Inside Private Prisons: An American Dilemma in the Age of Mass Incarceration

The Evangelicals: The Struggle to Shape America

The Chickenshit Club: Why the Justice Department Fails to Prosecute Executives

The Causes of War and the Spread of Peace: But Will War Rebound?

The Killing Wind: A Chinese County's Descent into Madness during the Cultural Revolution

One Long Night: A Global History of Concentration Camps

The Habsburg Empire: A New History

What You Did Not Tell: A Russian Past and the Journey Home

The Transformation of American Liberalism

Politics in the Roman Republic (Key Themes in Ancient History)

Kill All Normies: Online Culture Wars From 4Chan And Tumblr To Trump And The Alt-Right

Lenin: The Man, the Dictator, and the Master of Terror

The Cold War: A World History

The Green Hand and Other Stories

Voices in the Dark

My Favorite Thing Is Monsters

Yvain: The Knight of the Lion

The Customer is Always Wrong

The Best We Could Do: An Illustrated Memoir

Philosophy in the Islamic World: A history of philosophy without any gaps, Volume 3

The School of Montaigne in Early Modern Europe: Volume One: The Patron Author

The School of Montaigne in Early Modern Europe: Volume Two: The Reader-Writer

How the Mind Comes into Being

A History of European Literature: The West and the World from Antiquity to the Present

The Sociocultural Brain: A Cultural Neuroscience Approach to Human Nature

The Fate of Rome: Climate, Disease, and the End of an Empire (The Princeton History of the Ancient World, 2)

Capitalism without Capital: The Rise of the Intangible Economy

The Quantum Revolution in Philosophy

Pompey, Cato, and the Governance of the Roman Empire

The Allure of Battle: A History of How Wars Have Been Won and Lost

A History of Law in Europe: From the Early Middle Ages to the Twentieth Century

The Cambridge History of Communism: Volume 1, World Revolution and Socialism in One Country 1917–1941

Easternization: Asia's Rise and America's Decline From Obama to Trump and Beyond

The House of Government: A Saga of the Russian Revolution

The Expanding Blaze: How the American Revolution Ignited the World, 1775-1848

The Sorcerer's Apprentice: An Anthology of Magical Tales