I had less time for reading this year than I would have liked. When I selected Drago Jancar’s haunting and beautiful The Tree with No Name for Slate’s Overlooked Books, it was still with the knowledge that I’d read a lot less fiction than I’d wanted. And Antal Szerb’s excellent, though modest Journey by Moonlight is a bit of a cheat, since I read it (and wrote about it) when Pushkin Press published it all the way back in 2003, rather than when NYRB Classics reissued it this year. It’s stayed with me, though, so I can pick it with more certainty than some of the other choices.

Seeing Richard McGuire’s long-gestating Here finally be published bookends my reading the original 8 page version in RAW when I was 13, when it changed my life. I wrote about the original Here in 2003 too.

And Alonso de Ercilla’s 1569 Spanish-Chilean epic The Araucaniad has been an alluring title to me since I read about it in David Quint’s fascinating Epic and Empire in connection with Lucan’s Civil War. Quint described The Araucaniad as one of those rare epics that takes the side of the losers, and it’s one of those artifacts, like Lucan’s Civil War, that doesn’t fit neatly with any common sense of literary history. Its relevance stems from its own grim variation on a theme that is at the heart of so many great epics and books: in Quint’s words, “that those who have been victimized losers in history somehow have the right to become victimizing winners, in turn.” It deserves a new translation.

As with last year, I haven’t read the entirety of some of the nonfiction selections: Chris Wickham is an excellent historian but I’m not going to deny that some of his Annales-ish wonkery had my eyes skimming. And while the biology and physics books are pretty interesting, I can’t say with much certainty that they’re accurate.

I Am China: A Novel
Guo, Xiaolu (Author)
(Anchor) 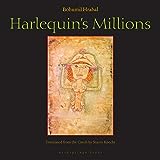 Plato and the Post-Socratic Dialogue: The Return to the Philosophy of Nature
Kahn, Charles H. (Author)
(Cambridge University Press)

We Are Our Brains: A Neurobiography of the Brain, from the Womb to Alzheimer's
Swaab, D. F. (Author), Hedley-Prole, Jane (Translator)
(Random House)

Consciousness and the Brain: Deciphering How the Brain Codes Our Thoughts
Dehaene, Stanislas (Author)
(Viking)

Why Is There Philosophy of Mathematics At All?
Hacking, Ian (Author)
(Cambridge University Press)

One: Being an Investigation into the Unity of Reality and of its Parts, including the Singular Object which is Nothingness
Priest, Graham (Author)
(Oxford University Press)

A World without Why
Geuss, Raymond (Author)
(Princeton University Press)

Plato at the Googleplex: Why Philosophy Won't Go Away
Goldstein, Rebecca (Author)
(Pantheon)

Revolutionary Ideas: An Intellectual History of the French Revolution from The Rights of Man to Robespierre
Israel, Jonathan (Author)
(Princeton University Press)

The Invention of News: How the World Came to Know About Itself
Pettegree, Andrew (Author)
(Yale University Press)

Japan and the Shackles of the Past (What Everyone Needs to Know (Hardcover))
Murphy, R. Taggart (Author)
(Oxford University Press)

On the Run: Fugitive Life in an American City (Fieldwork Encounters and Discoveries)
Goffman, Alice (Author)
(University of Chicago Press)

Neither Donkey nor Horse: Medicine in the Struggle over China's Modernity (Studies of the Weatherhead East Asian Institute)
Lei, Sean Hsiang-lin (Author)
(University of Chicago Press)

Earth's Deep History: How It Was Discovered and Why It Matters
Rudwick, Martin J. S. (Author)
(University of Chicago Press)

The Making of the Middle Sea: A History of the Mediterranean from the Beginning to the Emergence of the Classical World
Broodbank, Cyprian (Author)
(Oxford University Press)

A Conversation with Janice Lee