A few happy memories from childhood, courtesy of the most fatalistic comic books ever written for children. First a bit from a censored story, “Silent Night,” written in 1945 but never published until 1981: 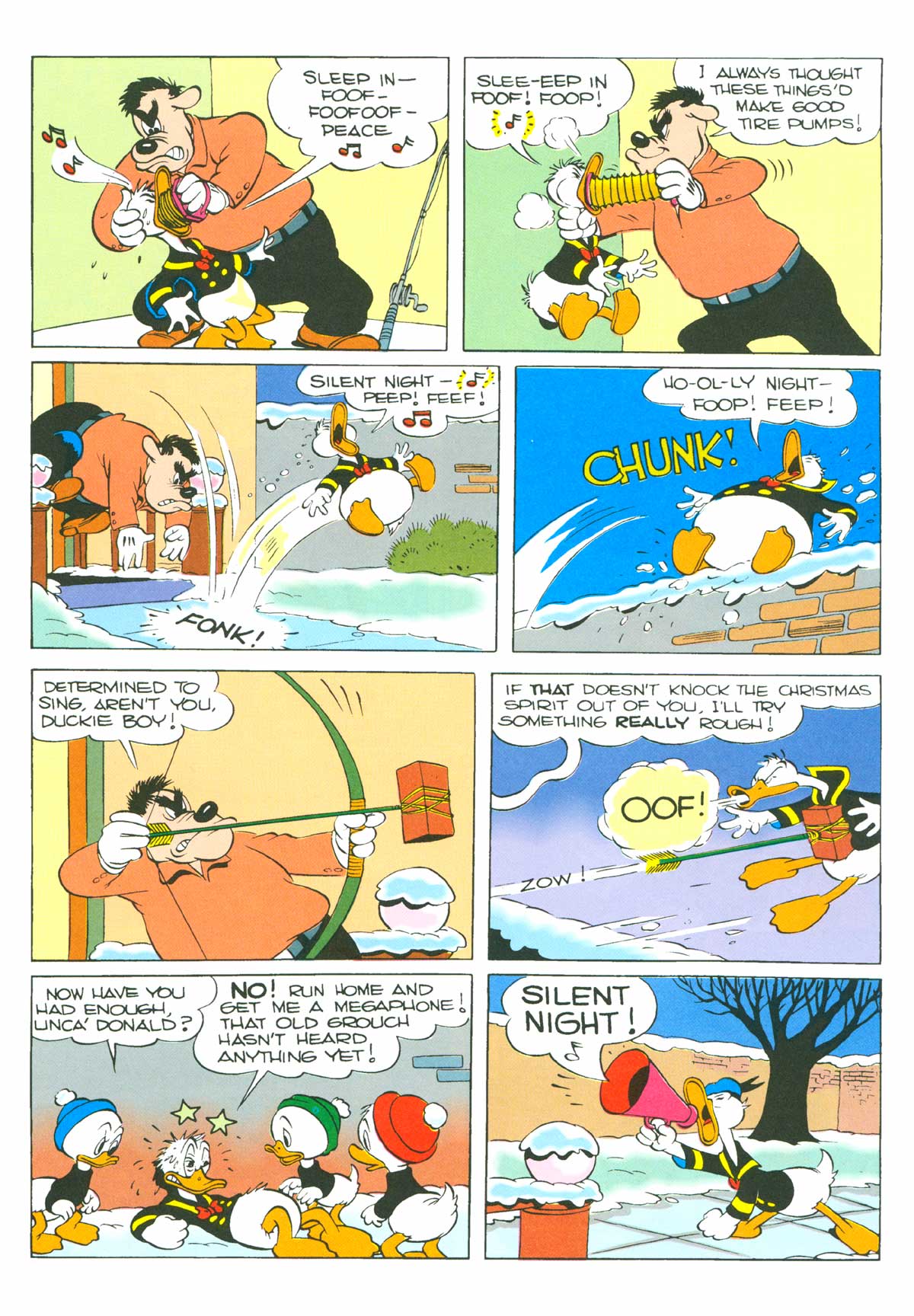 The story culminates in Donald being forced to sing carols at the top of his lungs while being electrocuted by a cattle prod.

Next, a Christmas tale of dueling steam shovels, “A Letter to Santa.” I love Scrooge’s quip to the judge. 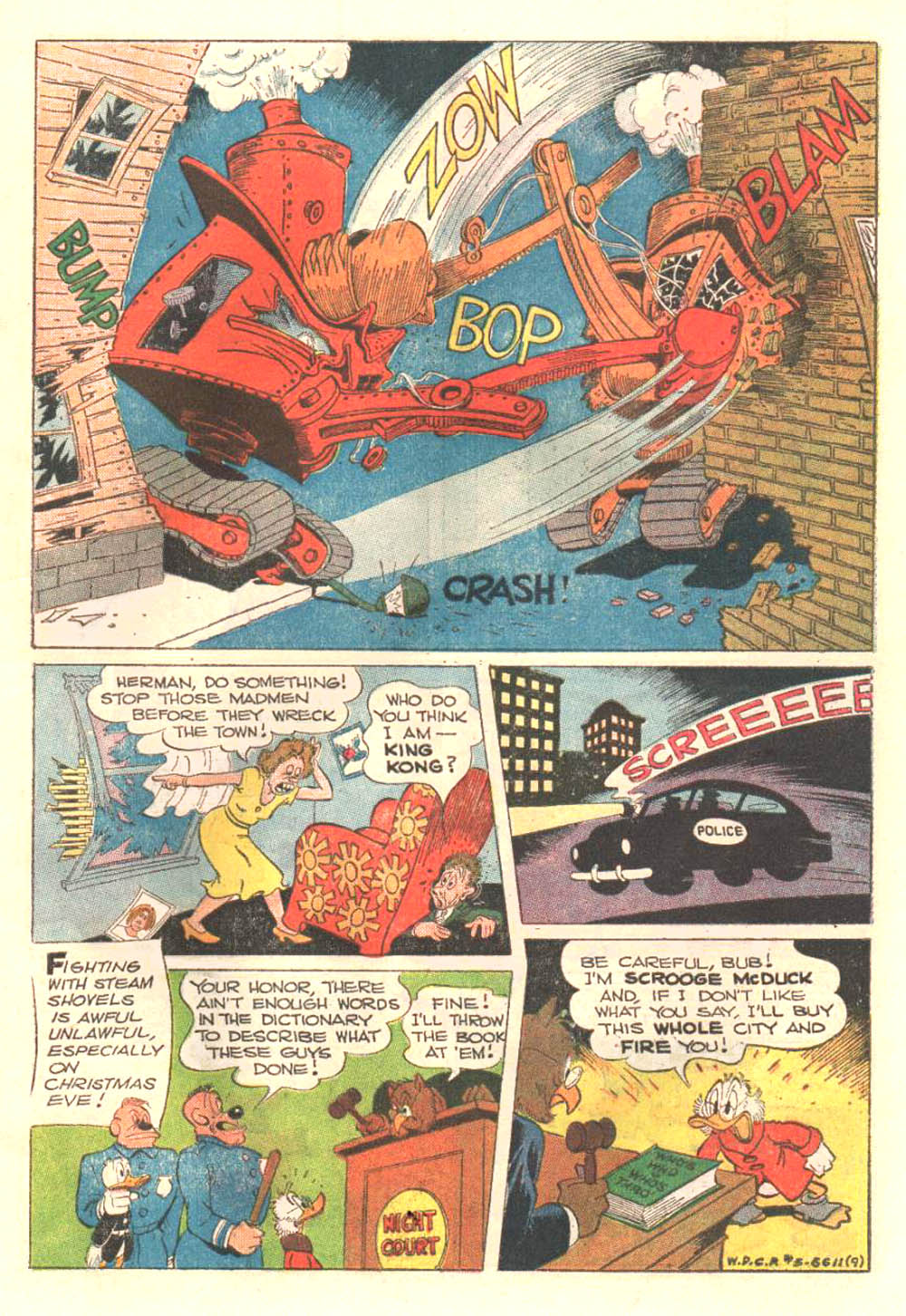 I was thinking about this old tv play (available entirely on youtube, hooray) in connection with two other old French films about childhood that I recently saw, Naked Childhood and My Little Loves. As much as they do their best to deromanticize childhood, this one may have them beat, and not just because adults are playing the children. The French movies all have alienation in one way or another, but there’s not a lot of that here: these are younger kids before the age of introspection. And what a terrible age it is. In the absence of the cuteness of little kids (the actors are mostly rough-looking except for Helen Mirren, who looks somewhat gangly but mostly looks like Helen Mirren), what shows through?

First there is fear. The boys are adventure-mag and war-informed, but they have yet to grasp the size of the world and so they are quite scared that the war is very close to them and very real. When they aren’t playing little war games among themselves, they are quite terrified that they are all going to die at German hands, even in a remote forest in England. Many of their fathers are away and some are missing, and the children switch back between having no sense of the reality of it and being frightened by the Germans as bogeymen, the sort of monsters you’re repeatedly told aren’t real, except these are. That wrenching movement between the serious and the frivolous is what stays, and lord knows it’s a good thing that kids have it, because the bare fear looks horrific.

They do have one other positive mechanism, which is camaraderie. The boys and girls fight with each other, but when there is a threat, even an imagined one, the kids are suddenly all in it together, and they know that they are the protagonists and the evil Germans are the bad guys, so at least they’re all on the same side. This even extends, to a point, to the miserable outcast of the group, the boy called Donald Duck who is mercilessly teased and demeaned. When the war games are over, the rest of the kids indulge in some rampant cruelty–the third main motif–against Donald that ends up going very badly for him, and too late, the others realize that they crossed the line and they feel bad. Though they mostly make excuses for themselves, they do acknowledge a certain undebatable humanity on his part. It’s small consolation for Donald, but it does draw a certain line.

Poor Donald, though, since up until that point he has been an outcast and the only one really excluded from any compassion from the others. He blubbers and he is really, truly frightened, and so he is deprived of the any of the consolation of camaraderie, and he gets stuck in the fear. It’s not just loneliness, though the lack of support he feels from anyone else is palpably agonizing, but it’s also that by lacking that communal outlet to play together and have adventures, he is locked in one of the most miserable places that a person can be, before a child learns that they aren’t always going to be so completely helpless and alone. It’s wretched to watch.

Total number of books I’ve owned: When I moved last year the total on hand came to about one ton, according to the movers. Figure a pound a book.

Last book I bought: Sources of the Self by Charles Taylor.

Five books that mean a lot to me:

Five people I want to see do this:

When I was a kid, and I mean a cheerful, oblivious 8-year-old who was gobbling down Donald Duck comics, I couldn’t tell the difference between Carl Barks’s artwork and the rash of those inferior artists who succeeded and co-existed with him. I knew that his writing was better, though Gold Key/Whitman’s endless reprinting of his painful “Riches, Riches Everywhere!” story occasionally put that into question. But out of a sheer lack of visual acuity, I couldn’t see why it was that his drawing was so much more skilled, so much more well-proportioned, so much more careful. There actually was one difference that allowed me to identify Barks, once I figured it out: Barks was the only artist to use pie-cut eyes for all of his characters. Quality of artwork? Mystery to me. I hear these days that Tony Strobl wasn’t such a bad artist compared to those who followed, but at the time I couldn’t even tell.

Then the wave of fans who’d been Barks fans came around, with Another Rainbow and Gladstone doing their best to reprint the choice stuff and find new work of a higher grade, instead of picking randomly and often rather badly. Daan Jippes, William Van Horn, and Don Rosa were the big names. They used pie-cut eyes. They were committed to recreating Barks’s particular vision of Donald Duck, Uncle Scrooge, the nephews, and all the other incidental characters. Since by that point I’d exhausted the collected works of Barks, I gobbled down the new work, which seemed as good as Barks’s stuff. And I liked Rosa the most, because he seemed to buy into the greater mythology of it all; he was the most obsessed with past references, with dense storylines, with establishing new characters in the old continuum. The willingness to work with huge amounts of archival material as gospel and yet go no further (any sort of rewriting, much less “deconstruction”, was strictly verboten) may be summed up best by this Q&A of a Disney animator:

Now I look back and I see it as a breed of fandom much like those in science fiction and mystery circles. Rosa got too caught up in writing sequels to old Barks stories and eventually got lost in his “Life and Times of Scrooge McDuck” project, which is so focused on cramming in offhand references from every Barks story ever written that the characters end up as bizarro-world versions of themselves, carrying out actions without a context. I didn’t care for it at the time and next to “The Son of the Sun” and “Cash Flow,” which are solid, entertaining yarns, “Life and Times” gets bogged down in hero worship and the self-imposed majesty of the project. It is not quite a story; it is closer to Harry Blamires’s Bloomsday Book.

Rosa is unapologetic. In The Comics Journal #183, he said:

Strangely enough people ask, “Aren’t you excited about creating your own characters?” And I say, “No, I want to use Barks’ characters!” That’s the thrill, not creating my own. It’s taking one of his characters and doing something else with it that I love. Because Barks used so many of them only once I can actually use these characters a second time!

I don’t think the basis of fandom is simply one of arrested adolescence; the scenes that you see on the internet, at conventions, and in specialist bookstores are a parallel culture to the more traditional literati, with completely different mores and notions of status. But the urge to so completely inhabit a world delineated by an idolized master creates a ghetto for such work pretty quickly. (Again, there are Joyce “scholars”, and there are Joyce “obsessives.”) There is a similar stigma that surrounds Gustav Janouch’s dubious Conversations with Kafka, which, nonetheless, contains quotes that “If Kafka hadn’t said, you really wish he had.”

I’m not going to pass judgment on Rosa’s approach, but I will say that for a while he succeeded. When I first read the early stories, they might as well have been new Barks stories as far as I was concerned. Maybe this speaks to a lack of discrimination in my prepubescent years; it doesn’t matter, since the new stories weren’t intended for an eye that would be first drawn to Rosa’s more crowded and worked-over art rather than the basics of plot and character. They were aimed at someone who would read them as though they were additions to the master’s oeuvre.