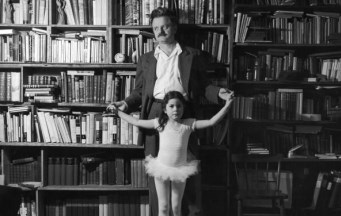 Bashing on Aristotle has become a fond pastime since the Scientific Revolution, but the mere fact that he was wrong about many, many things isn’t enough to explain the repulsion he attracts, nor my own persistent lack of interest in him. Laura Riding, in Lives of Wives, portrayed a fictionalized Aristotle as prodigious and indefatigable, but also smug, opportunistic, and terminally pedestrian. She’s merely quoting Aristotle’s works here when she has him rebut Plato, but does so in a way to highlight some of his most unflattering traits:

‘Is this not to put philosophy in place of the laws,’ asked Aristotle, ‘and make philosophic justice a rival to legal justice? Should we not use philosophy to strengthen the laws rather than to compete with them?’

His Poetics is one of the earliest works of literary criticism that have come down through the ages. It gets Oedipus Rex completely wrong, but nonetheless, Aristotle’s aesthetics held great sway well beyond the point that his physics did. None of that is Aristotle’s fault, but I think it’s a good indicator of how the appearance of systematic, elegant thought can trump the reality of sloppiness and fiat, not only in a work’s own time but for centuries thereafter.

Kenneth Rexroth’s passionate assessment of the Poetics may be roughshod, but it hits on something quite profound about Aristotle’s sensibility and its virtues and defects–that only someone so shallow in sensibility should cast such a wide-ranging net over the founding of logic and various sciences, for a keener mind would have fallen into the many hopeless conundrums that Aristotle rather blithely passed by and considered, if not settled, at least untroubling. It substantially lines up with Laura Riding’s assessment: he organized better than he analyzed.

Around each of the key words of Aristotle’s short definition of tragedy the most violent controversies have raged, and to this day no two translators or commentators agree on the meanings of all of them. If Greek tragedy is the etherialization of myth, Aristotle’s little essay–it is not really booklength–on tragedy is something like myth itself. It has functioned as a myth of criticism, the subject of innumerable etherializations….

There is no evidence in the Poetics that Aristotle possessed any sensitivity to the beauties of poetry as such. Although the Poetics is concerned almost exclusively with tragedy, Aristotle had less of what we call the tragic sense of life than almost any philosopher who ever lived, less even than Leibniz with his “best of all possible worlds.” Aristotle was an optimist. Leibniz’ judgment never entered his mind. The world he studied was simply given. It was not only the best, it was the only one possible. There was nothing in the human situation that could not be corrected by the right application of the right principles of ethics, politics, and economics. Even Plato, who banned the poets from the Republic, and in the Laws permitted only happy, patriotic plays to be performed by slaves, had a greater awareness of the meaning of tragedy–which is precisely why he banned it….

The Poetics is a textbook of the craft of fiction and as such it is far more applicable to the commercial fiction of modern magazines than to Greek tragedies. It has been called a recipe book for detective-story writers. Actually the fictions that come nearest to meeting Aristotle’s specifications are the standard Western stories of the pulp magazines. These are not to be despised. Ernst Haycox and Gordon Young raised the American Western story to a very high level. Year in, year out, Western movies are better than any other class of pictures. The great trouble with Haycox and Young is that they were rigorously Aristotelian and therefore ran down into monotonously repeated formulas. It is hard to think of any other kinds of fiction, either novels or dramas, which do exemplify the Poetics. The neoclassic theater of Corneille and Racine or Ben Jonson is governed by rules which are pseudo-Aristotelianism, the invention of Renaissance critics….

By katharsis Aristotle means the same thing that we mean when we say “cathartic.” His attitude toward the arts was not at all that they were the highest expression of mankind, but that they served as a kind of medicine to keep the ordinary man who lived in the world between the machines of meat– the slaves–and the philosophers who spent their time thinking about first principles; free from emotions, and hence motives, that would disrupt the social order. Like Freud after him, Aristotle’s esthetics are medical. What the Poetics says in the last analysis is, “Timid, sentimental, and emotionally unstable people will feel better, and be better behaved, after a good cry on the stone benches of the theater.” This is an esthetics identical with that of the child psychologists who are hired to apologize for lust and murder on television. There is never a hint in Aristotle that tragedy is true.

The Poetics could have been written substantially unchanged if Aristotle had never seen a Greek tragedy. The imaginary tragedy which could be deduced from the Poetics resembles the commercial fictions of our day for a very simple reason. It is a projection of the ordinary mind, the same then as now. It is the kind of play Aristotle himself would have written if he had possessed, not the genius of Sophocles, but the learned talents of an ordinary craftsman. It is the kind of play that a highly competent academic philosopher, biologist, physicist, or psychologist would write today.

Rexroth’s critique here, of the supposedly profound thinker revealed to be conventional and conservative, elevated only by the breadth and depth of his conservatism, is surprisingly representative of a fictional figure who is portrayed in similarly scathing terms: Arnheim in Robert Musil’s The Man Without Qualities.

Aristotle is unique among ancient philosophers in his respect for people’s opinions: both the opinions of other philosophers and the opinions of the ordinary man. He does not defend a ‘common sense’ philosophy in the manner of G.E. Moore, but if something is believed by absolutely everyone, then, he holds, it must be true. Aristotle also does something that a 20th-century philosopher like Moore could never have dared. He establishes science on the basis of the opinions of ‘the majority’ and of ‘the wise’….

Aristotle’s official methodology implies that if the stock of available endoxa were significantly different, the conclusions of his dialectic would be different too. How then can he claim that his conclusions are true?…

Consider some of the conclusions for which Aristotle argues with the help of some of the opinions which were accepted and esteemed in his day. Slavery is just; the world is eternal and the same things have always existed in it; the atomic theory of matter is defective because it fails to explain the difference between dinner and breakfast. I have of course chosen examples which tell against Ross’s conviction that Aristotle ‘rarely writes what anyone would regard as obviously untrue’. But the point of choosing them is to raise the question whether reputable opinion can fulfil the heuristic and evidential role that Aristotelian philosophy assigns to it….

The fact that a proposition is believed by the majority or by experts is not for Aristotle just a sign that, if we asked them, they could cite evidence for the proposition. Their belief, as he treats it, is already some evidence in favour of what they believe; even if the opinion is not correct, it is likely to contain an element of truth which the dialectic can sift out and formulate clearly….

The appeal to ‘our’ beliefs, ‘our’ intuitions, ‘our’ way of speaking, is as common in philosophy today as it was earlier in the century, and Aristotle’s name is still frequently invoked to show that opinion of one sort or another is a reputable basis for philosophy to start from. The irony is that if Aristotle’s professed methodology was sound, there would be little to add to The Complete Works of Aristotle.

Leftism and the Banausic Thinker: From Plato to Verso