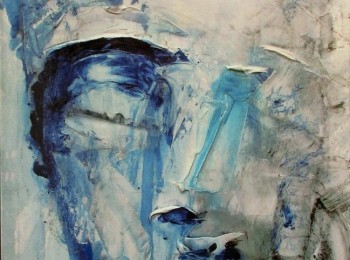 The Case Worker, by George Konrád

The true symbol of the totalitarian state is not the executioner, but the exemplary bureaucrat who proves to be more loyal to the state than to his friend.

The Case Worker (1969) is a short and brutal novel by George Konrád (1933-). Konrád is a Hungarian Jew who barely escaped the Holocaust. He stayed in Hungary after the Soviet invasion of 1955, eventually becoming a dissident whose works could only be published samizdat. The Case Worker was his first and only novel to be published publicly in communist Hungary. It is not explicitly political, but the graphic bleakness of the novel does its country of origin no favors.  I’m a bit surprised that it was published.

Konrád was a case worker himself for a time, and I fear that the novel has an autobiographical basis. The narrator is sort of a social worker who takes down the reports of the lowlifes, unfortunates, and madmen who come to him: suicides, domestic violence, sexual abuse, murders. Sometimes he takes further action; often he does not. The early part of the novel is a sequence of disconnected, brutal stories of violence and perversity, chronicled in a sober, semi-detached voice. The narrator is explicit that his dissociation is a coping mechanism so that he does not go insane from overempathizing with the hopeless cases he sees, but even from the beginning, there is too much humanity in his voice for us to ever think that he will succeed in disconnecting completely.

At the beginning of my career, I thought: It’s like swallowing fistfuls of mud; I can neither digest it nor vomit it up. IN the last ten years I must have said, “Have a seat, please,” thirty thousand times. Apart from colleagues, witnesses, informers, prying newspapermen, and a few inoffensive mental cases, it was distress that drove most of them to my desk. In most instances their anguish was massive, tentacular, and incurable; it weighed on me in this room where people cry, “Believe me, it hurts,” “I can’t go on,” and “It’s killing me,” as easily as they would scream on a roller coaster. ON the whole, my interrogations make me think of a surgeon who sews up his incision without removing the tumour.

The plot arrives in the form of a brain-damaged four-year-old child. His barely functioning parents have committed suicide, and the narrator is unable to find anyone to take care of the child. The parents raised him feral in the hopes of toughening him up, and he is more animal than human, incapable of any emotional relationship to another person. No institution will admit him, so the narrator takes him in, while continuing his work.

The narrator grows sicker from hearing more horrific stories. His care for the child is a mechanism not to alleviate guilt, but to remove the jarring transition between the damaged world which he views in his work and the safe, sane world in which he otherwise lives:

I would merely wave a token farewell to the child, certain that the meaning of my gesture would not get through his vacuous gaze to his consciousness, and after shaking hands with the staff, hasten down the steps of the pillared portico to where the taxi driver, impatiently drumming his fingers on the half-open window of his car, would be waiting to take me back from this morgue, which humanitarianism had disguised as a home, to the city that tramples its misfits and castaways, the city where both of us have our jobs and families and friends capable of articulate speech, and where more or less efficient organizations segregate the untouchables, the maladjusted, the waste products of a society that maintains order by violence, from us free citizens with our inborn sense of duty: the sight of their repulsive existence must not be permitted to remind us that we and they might have anything in common.

So the novel becomes a chronicle of a seriously divided consciousness. Half of the narrator is the functioning member of society, while half of him is the feeling, bleeding, and dysfunctional empathizer, who takes care of this child because it is the only way he can feel any meaning in the world. This is no budding revolutionary consciousness or political awareness. That sensitivity does great damage to the narrator, and only serves to disconnect him from any sort of functioning social realm. The social realm, through organizational necessity, squashes such sentiments as he has.

Taking the handy legal shortcut rather than the roundabout path of sympathy and indignation, dealing superficially with thousands of clients instead of giving three or four, or even one, the attention they deserve–all this, I sometimes think, is plain fraud.

Actually, what I do amounts to nothing. I regulate the traffic of suffering, sending it this way and that, passing on the loads that pile up on me to institutions or private citizens…There’s no hurry, no situation is irreversible, today’s mortal danger will be nothing tomorrow and vice versa, today’s nothing will be death. If I don’t help my client, someone else will; if nobody helps him, he’ll help himself; and if he can’t, he will learn to bear his lot. But try as I may to encourage myself with such phrases, this child has undeniably become my lot.

Society, which treats him as an interchangeable part in one structure or another, a representative member of one class of people or another (be it occupation, economic class, gender, ethnicity, etc.), entices him to remove responsibility that goes beyond what he is tasked with in that part. With the arrival of the child, his unsocialized half rebels and will not permit him to remain in his part. But to do so is to isolate himself from society and ally with the wretched ones who come to his office.

I have been deleted from their schedules; they transfer their emotions to some worthier object and discover with relief that I can be replaced. That is as it should be–I feel the same way. If I live to old age, I shall love only the interchangeable.

The novel ends, sort of, with a great statement of solidarity for the broken people of the world. Konrád proclaims the impossibility of any institutionalized system of empathy, and thus the need to preserve unregimented empathy no matter what the cost. And the cost is great; the narrator is cut off, at least for a time, from his family and any institutionalized aspect of culture, including sex itself, which becomes to him a meaningless, socialized form of affection. For the case worker, only incommensurable, non-interchangeable emotion can grant meaning.

It’s a remarkable and powerful novel, particularly for amassing such volatile emotional material into a cogent moral and social statement. (It is that last element that is completely lost in a book like his countryman Attila Bartis’s Tranquility.) I think it shares a sensibility with Ludvik Vaculik’s The Guinea Pigs, but it is far more overwhelming and less allegorical. It works with the bare stuff of pain.

A final note on culture: Irving Howe writes in the introduction to the 1987 edition that Konrád’s communist Budapest does not seem so different from capitalist Manhattan. I’m not sure quite how he draws the comparison: more than any political difference, the tonal and stylistic differences between Konrád and literally any American writer I’ve read are so blatant as to make it extremely difficult to compare the underlying socio-political circumstances between The Case Worker and an average 20th century American novel. It’s possible that the American institutionalizing of individualism has made it that much more difficult to draw out that unsocialized empathy, and so works that ask us to empathize beyond any reasonable expectation have become rather rare in American society.

The Galley Slave, by Drago Jančar