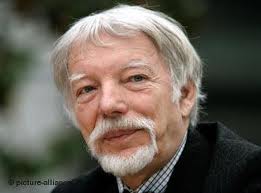 The Accident by Mihail Sebastian

I have a new review up at the Quarterly Conversation about Mihail Sebastian’s first novel to be translated into English, The Accident. Sebastian’s remarkable Journal 1935-1944 was published in English ten years ago. His novel, which bears some resemblance to contemporaneous works by the Hungarian writers Antal Szerb and Sandor Marai, is significant when compared against his journal entries of the same period.

The Accident by Mihail Sebastian

The Accident arrives as something of an appendix to the massive Journal of Mihail Sebastian (1907-1945), a record of his life as a Romanian Jewish writer from 1935 to 1944. Though Sebastian is known in Romania for his plays and, to a lesser extent, his novels, to my knowledge nothing of his appeared in English until his Journal was published in 2000, chronicling the horrors and fears of life in Romania during World War II. The Accident is his first translated work of fiction.

Next to the immediacy of the Journal, The Accident initially disappoints….

The greater import of The Accident reveals itself only against the background of Sebastian’s Journal, which described in some detail his writing of the novel. But the greater context is crucial as well. The Journal was not published until 1996 (it was translated into in English in 2000), when its portrayal of Romanian complicity in the Holocaust caused controversy. Over 300,000 Romanian Jews died during World War II, a large percentage by death squads set up by Romania’s own aggressively anti-Semitic government. Sebastian was fortunate to live in Bucharest, which was spared the worst of Romania’s policies, but he witnessed the virulent anti-Semitism and deportations and heard firsthand accounts of the government’s massacres carried out on the orders of Prime Minister Ion Antonescu. Sebastian sensitively, painfully chronicled details of the Holocaust as it was happening that many would not know until after the war. Sebastian survived the war, only to be killed in an auto accident in 1945.