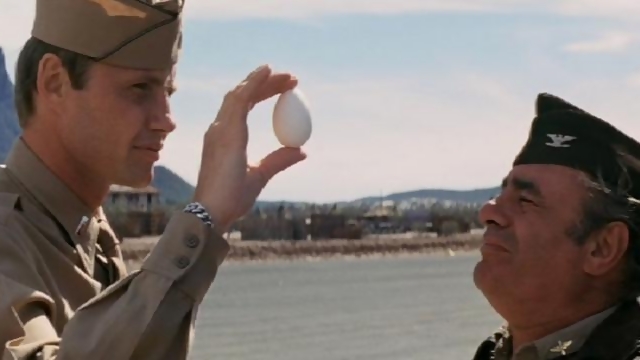 I’m breaking my No Milo policy because while I maintain that Milo Yiannopoulos functions as a decoy to distract his opponents from things of actual importance, the story of his downfall is of some importance for understanding the state of the Republican coalition today. Beginning with a tweet from the anti-Trump ReaganCoalition and an article in Glenn Beck’s The Blaze, Yiannopoulos’ fall took place over the course of late Sunday and Monday: he was disinvited from the CPAC conference, he lost his much-criticized book deal with Simon & Schuster, he has resigned from Breitbart, and there’s generally been a feeding frenzy. Meanwhile, Trump announced a draconian plan for deporting illegal immigrants, particularly non-criminals, and Yiannopoulos is doing a fine job of distracting people from it. So even now he is serving his purpose.

The attack seems to have originated with the NeverTrump wing of the media, though it was quickly taken up by mainstream media as well as some erstwhile allies of Yiannopoulos. (Six employees of Breitbart reportedly threatened to quit if Yiannopoulos was not fired.) And the attack is clearly a product of organized, right-wing research and publicity. This clip had been readily available for a year and somehow only came to prominence just before he was going to have a beachhead into mainstream conservatism via CPAC. Yes, it was a hit job. Since this is the game Yiannopoulos himself plays, the question isn’t whether he “deserves” his present misfortune (you pays your money and you takes your chances), but why a canny operator such as him didn’t see this coming. And the reason is because he’s English. Again, I will explain….

Yiannopoulos’ speech is not uniquely horrible among right-wing pundits. The bulk of Yiannopoulos’ writings remains undifferentiable from that of many other conservative pundits and even other Simon & Schuster authors. If you look back at Robert Bork’s later books, they’re filled with conspiracy theorizing and sweeping attacks that make Yiannopoulos look like an also-ran. (“Feminists within the [Catholic] church engage in neo-pagan ritual magic and the worship of pagan goddesses.”) If you look at CPAC speakers this year, well, they’ve got a guy representing the purported reincarnation of the Buddha. (Thanks to Brett Fujioka for that tip.) They’re a reminder that we’ve been here before.

Simon & Schuster’s other right-wing authors (mostly through their Threshold imprint) that didn’t provoke this sort of outrage include:

Did Yiannopoulos really cross some boundary, any boundary, that none of these others did? None of these authors caused Roxane Gay to leave Simon & Schuster, peppered my Facebook wall with calls for boycotts and marches, or resulted in Berkeley getting its campus torched. Excluding Trump, these authors kept a low profile outside of the conservative community. (Ann Coulter, who has had more of a mainstream media presence, has suffered some of the same ostracism from the right that Yiannopoulos is now facing, though not to this degree.) So even things like Limbaugh’s attacks on Sandra Fluke (whom the Daily Caller is still attacking) or O’Keefe’s cons didn’t raise the level of ire that Yiannopoulos did on a regular basis.

What was unique about Yiannopoulos was his audience, which constituted something of a vanguard. Most of the people who listen to right-wing media sources are firmly ensconced in the right-wing bubble. You don’t see Rush Limbaugh fans posting his picture on Twitter and Facebook, nor do you see Pamela Geller getting banned from Twitter. Milo was extremely talented at attracting positive and negative attention from a far younger (and louder) generation than right-wing apparatchiks usually ever manage. He had a legion of young trolls aggressively pushing him, and he had a legion of mindlessly outraged leftist pod people giving him more publicity than his fans ever could. It wasn’t until the Berkeley fiasco that his book shot to the top of the bestseller list.

But speaking at CPAC was a bridge too far. And this is where, I believe, Yiannopoulos lacked a true understanding of America. He only arrived here in 2015; prior to that his experience was entirely in the UK at Breitbart UK, which pushed the UKIP/Farage point of view but lacked any appeal to the vast majority of American Republicans, who care somewhat about immigration but care just as much if not more about abortion, guns, African-Americans, terrorism, Obamacare, and deviancy. That last one is the crux.

Within Tory circles, homosexuality is simply not a dealbreaker, and hasn’t been for a long time. While Michael Portillo’s rejection of his camp, gay past and declaration of present straightness might seem a bit forced, is there a single Republican in America who even has such a past? That’s not to say the Tories haven’t pushed anti-LGBT policies. It’s a cultural issue, not a policy one.

For contrast, the vast majority of Republican voters and Republican leaders look at Yiannopoulos and do not see a right-wing firebrand forging a new alliance with young Americans. They see him as a repulsive gay foreigner first and foremost, and that is all they will ever see him as. Those in the leadership are not so dogmatic as to think that he can’t be useful as the sort of decoy that he had become, but they do not want him anywhere near their parties. They don’t want him hanging around CPAC, or CCC, or really anywhere in middle America. They want him on university campuses and in liberals’ faces, where he belongs.  There’s already reports that the CPAC board was unhappy with Yiannopoulos being invited in the first place, and I wouldn’t be surprised if CPAC’s chair Matt Schlapp actually loses his job over this.

I have met many foreigners in my time who were shocked at the sheer degree of intolerance displayed by Republican politicians toward traditional objects of Republican ire (queers, minorities, atheists etc.). They tend to think that such rhetoric is just for show and that among the political elites, common sense and tacit tolerance prevail. They are very surprised to find that in fact, those beliefs go very deep indeed and have only been strengthened by the Tea Party’s ascent. They’re shocked that many Republicans genuinely are fanatics, rather than craven hypocritical politicians.

I think that this is where Yiannopoulos being English hurt him.  I think he truly underestimated the degree of intolerance he would face among Republicans as a self-declared cosmopolitan homosexual. Being Catholic (and of Jewish descent) did not help him either, since Republican elites (and Republicans in general) are deeply Protestant. They were willing to overlook such matters in the very special case of heterosexual atheist Trump, primarily because born-again evangelical Pence was on the ticket, but Yiannopoulos is not Trump. And when Yiannopoulos’ remarks on pedophilia/ephebophilia came out, they instantly confirmed every suspicion God-fearing Republicans harbor about Those Homosexuals and the “depraved, decadent” Yiannopoulos. I do not see homosexuality as having any relationship to pedophilia, but a significant swath of Republicans very much do. They still think we are, in Robert Bork’s terms, Slouching Toward Gomorrah. Recall the infamous 2009 DOMA brief (apparently written by Bush administration holdover W. Scott Simpson) that argued that banning gay marriage was merely akin to banning incest and pedophilia. And while pedophilia in particular is, if anything, more alarming to Britons than to Americans, Yiannopoulos would not have faced such powerful forces agitating for his destruction in the UK.

The irony is that for someone who played so well to the stark left/right divide in American culture, Yiannopoulos himself underestimated the width of that divide, thinking he could stake a hip beachhead in liberal youth culture without losing his conservative bona fides. He couldn’t. I don’t think anyone could. You are either of the body or not of the body, and Yiannopoulos was definitely not.

There’s a lesson to be learned here about the limits of the Republican coalition as it stands and the dilemmas it will face as it tries to sustain that coalition in the years to come. Trump turned out to be a one-time gift from God, mobilizing disparate forces against the capital-e Establishment. But I think that the strength of social and religious conservative forces has been underestimated recently in favor of the so-called “alt-right” nationalist and nativist forces, just as social and religious conservatism were overestimated in the wake of George W. Bush. It used to be that these two attitudes were united in the form of people like Pat Buchanan, but decreasing trust in the establishment has fractured the Republican base into more traditional far-right conservatives and the more radical anti-establishment reactionaries from whom Trump draws his most fervent support. Like Trump, Yiannopoulos appealed far more to the latter than the former, but Yiannopoulos was never at home with either. (White nationalist Richard Spencer was celebrating Yiannopoulos’ fall as loudly as anyone, having long derided him as “Alt Lite,” i.e., not sufficiently racist.)

Because of the current polarization, neither side has anywhere else to go. But Yiannopoulos’ success among a bizarre cross-section of America–and the unacceptability of that success to the political establishment he himself promoted–is a very significant indicator of the deep dissatisfaction felt by members on both sides of the political divide. Yiannopoulos may or may not return, but the forces he stirred up definitely will be.