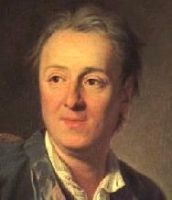 This letter is from the June 8 TLS, in response to a review of Jonathan Israel’s Democratic Enlightenment. It’s a far more substantive review than Darin MacMahon’s silly dismissal, but it makes the ubiquitous mistake of attributing a predominantly absolutist streak to the French Enlightenment.

As yet another inauspicious attempt to correct this received idea, I post the letter here:

Sir, – Jeremy Jennings is not quite correct to say that the philosophes firmly stood behind “one true morality [applying] to all the inhabitants of the globe” (in his review of Jonathan Israel’s Democratic Enlightenment, May 25). While Helvétius, d’Holbach and La Mettrie had significant universalist tendencies, Montesquieu and Diderot did not. Diderot explored cultural pluralism in Supplément au Voyage à Bougainville and the aptly titled Réfutation d’Helvétius, and remained sceptical towards all forms of absolutism, including liberal absolutism. Both Montesquieu and Diderot’s empiricist, anthropological explorations influenced Johann Herder’s similarly pluralistic attitudes in his Spinozist world view. Montesquieu and Diderot were a far greater influence on French Revolutionary figures; Helvétius and d’Holbach’s universalism ironically manifested itself only later in utilitarianism and Marxism.

As I have argued (TLS, May 6, 2011), there is a strong supporting case for Israel’s division between an early rational revolution and an irrational, fundamentalist revolution of terror during the Jacobin period. Only after the fall of the philosophe-inflected Girondins does one see a burgeoning vision of an irrationalist “one true morality” in Marat, Danton and Robespierre. Robespierre himself was an avowed devotee of Rousseau, and his influence is seen in the striking abandonment of liberty and atheism that the Jacobins pursued, as when he established a Deist Cult of the Supreme Being intended as the new French state religion.

If there was one absolute to which the philosophes adhered as a whole, it was that of liberté: not an absolute moral value, but a basic human right.

Alas, both neo-Jacobins and neo-Burkeans have helped reinforced the misconception that such deep skeptics as Diderot, D’Alembert, and Isabelle de Charrière were foaming-at-the-mouth imperialist Panglossians.

I advocate this heuristic: the more a philosopher bemoans the absolutism of some past ideology or movement, the more likely that philosopher is an absolutist.

“We Are All Anonymous” Video